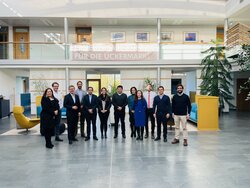 In Germany and also abroad, ENERTRAG is promoting the energy transition and is developing and operating renewable energy systems. The delegation participants visited the Uckermark integrated power plant, in which over 600 megawatts of diversified renewable generation capacity, including green hydrogen production, are operated in a dedicated medium voltage grid. The expansion goal of the interconnected power plant is to provide a plannable output in the gigawatt range. Nationally and internationally, ENERTRAG disposes of a pipeline of more than 700MW of Power-to-X projects under development and is a leading player in the development of large scale hydrogen projects.

In the control center, representatives of the Colombian government were shown how ENERTRAG monitors over 1,000 wind turbines worldwide, as well as other system components such as the battery energy storage and the hybrid power plant and analyses incoming information in real time 24/7 using its in-house developed Powersystem software.

ENERTRAG is furthermore engaged in transforming the former German coal extraction region Lausitz to a center for the production of renewable energy and hydrogen. Similar approaches are pursued by ENERTRAG in South Africa. The participants discussed parallels, synergies and practical approaches between Germany and Columbia to exit coal.

In Colombia, the expansion of renewable energies is also currently being accelerated. An installed renewable energy capacity of 2,800 megawatts is to be reached by the end of next year. The South American country pursues ambitious plans of halving its greenhouse gas emissions by 2030 and achieving carbon neutrality in 2050. According to the World Economic Forum, Colombia is already the country with the second greatest progress in the energy transition in Latin America, which enables them to take the next steps.

Due to the excellent conditions, ENERTRAG sees great potential for renewables and the production of hydrogen in the South American country. The stable political and favourable economic conditions also make Colombia very interesting for long-term partnerships and investments.

"We were very pleased about the interest from Colombia and the very fruitful discussions”, summarises Aram Sander, Head of International Business at ENERTRAG. “The Colombian government has once again underlined its credible commitment to the energy transition and the creation of a safe investment framework. We would like to deepen our cooperation in order to jointly create and improve favourable conditions for renewable energy and hydrogen projects in Colombia and facilitate German investments."

Colombian minister Mesa summarizes: “Germany´s energy transition has been a source of inspiration for Colombia. As we continue to accelerate the incorporation of variable renewable energy capacity and we deploy new technologies, such as green hydrogen production and large-scale energy storage systems, having socially and environmentally responsible companies like ENERTRAG with the significant potential of transferring technology to Colombia will be a guarantee of success.”

ENERTRAG provides a full range of services related to renewable energies. We efficiently bring together electricity, heat, and mobility for all areas of life. As an energy producer with an annual production of 1.38 billion kilowatt hours and a service network covering over 1,000 wind turbines, we know from experience what really matters to our customers. With over two decades of experience in Europe, our 780 employees bring together all the skills required for successful operation and efficient maintenance, as well as community oriented planning and reliable construction of energy systems and networks, all the way to complete integrated power plants. We are always one energy ahead – whether in sector coupling, local stakeholder investment, or demand-driven night beaconing. 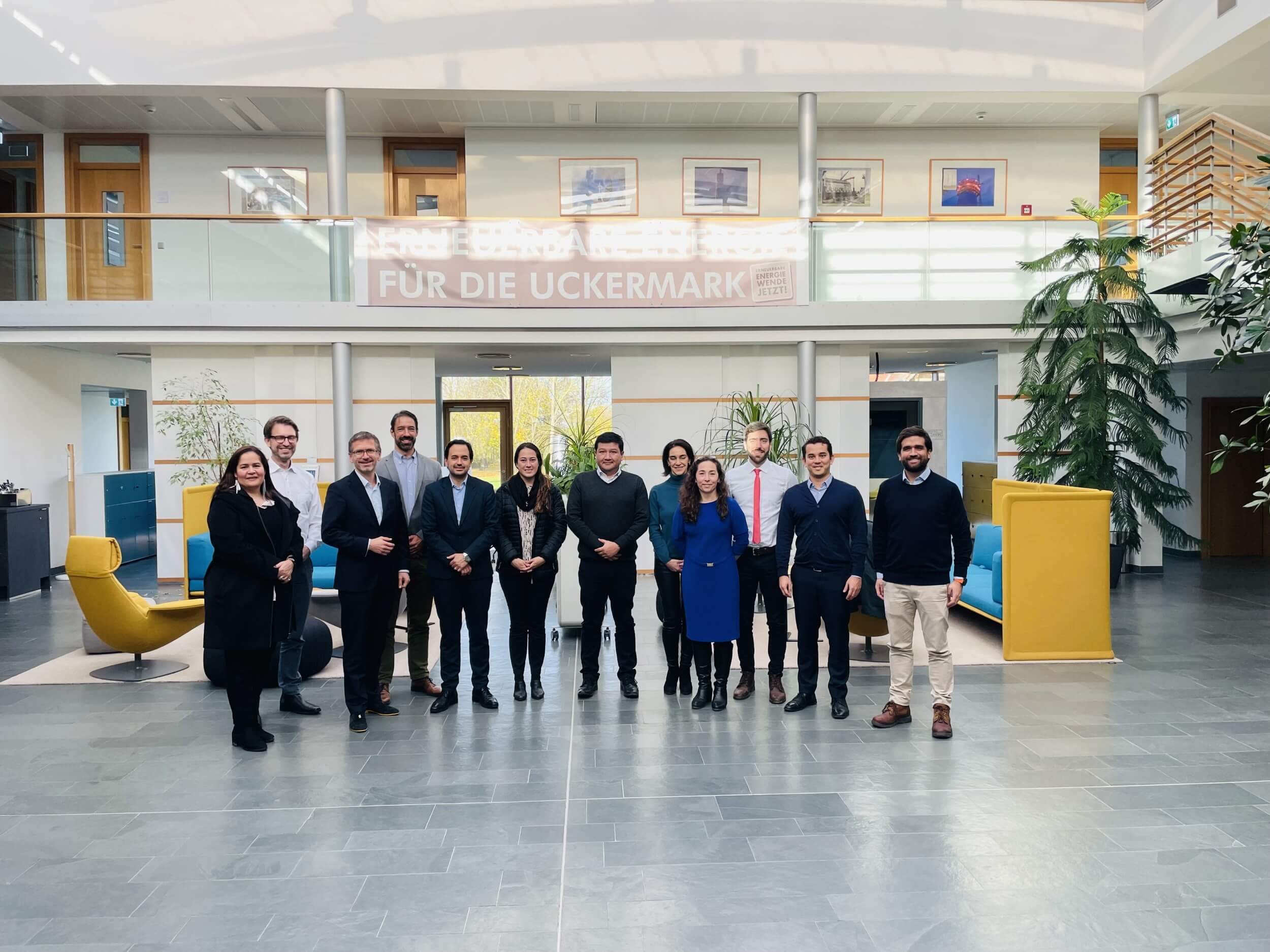 Press photos for editorial use only
Note: For the content of this press release the issuer / publisher of the release is »ENERTRAG AG« responsible.