Both the cement and aviation industries have challenging aspirations to reduce greenhouse gas emissions. The international consortium sets the course for climate-neutral cement production by converting CO2 into SAF with the use of hydrogen and thus presents an opportunity for CO2 reduction in both sectors. The SAF production uses a Power to Liquid (PTL) process, which relies on the supply of a sustainable carbon feedstock, such as unavoidable industrial carbon dioxide sources, and the production of green hydrogen through electrolysis using renewable energy. The carbon and hydrogen are converted to synthesis gas, a mixture of carbon monoxide and hydrogen, which is converted to longer chain hydrocarbons for the production of primarily e-kerosene or SAF via the Fischer-Tropsch (FT) process.

For this purpose, the three partners combined their technical know-how in Germany: ENERTRAG will produce green hydrogen exclusively with energy from regional wind and solar plants. CEMEX will capture the CO2 generated during cement production, on-site and will thus provide another raw material for the production of the SAF while reducing its CO2 emissions. To produce the SAF, Sasol ecoFT will contribute its innovative Fischer-Tropsch technology in combination with Sasol’s technology partner, Haldor Topsoe’s syngas generation and hydroprocessing technologies. The e-kerosene will be certified for use in aircraft and in accordance with current approvals, can be blended to constitute up to 50% of the jet fuel. Furthermore, the project partners intend that the e-kerosene will meet the EU RED II criteria and thus allow it to be accounted for in the greenhouse gas reduction quota and the mandatory minimum blending quota for PtL kerosene.

The project has two scaling stages. Initially, hydrogen will be produced on site with electricity from regional renewable energy plants. Thus, in the first phase, 15,000 tons of e-kerosene and e-naphtha will be produced annually. For this purpose, 100 tonnes of CO2 per day are to be captured at the Rüdersdorf site, combined with 12 tonnes of H2 per day and used for PtL production. In the second stage, the aim is to receive larger quantities of hydrogen by pipeline. The green hydrogen will be produced as part of the ENERTRAG-IPCEI project "Electrolysis Corridor East Germany", which will have an electrolysis capacity of 210 MW, and will allow for a production of 35,000 tonnes of e-kerosene and e-naphtha annually. In this project, exclusively renewable electricity is also used for the production of 40 tonnes of green hydrogen per day. This requires increasing CO2 capture by a further 300 tonnes per day.

The partners have founded "Concrete Chemicals GmbH", which is to implement the pioneering project at the CEMEX site in Rüdersdorf near Berlin. All three companies are equal partners in the joint venture. To implement the project, the consortium is preparing funding applications, which will be notified at European level.

CEMEX is a global building materials company that provides high-quality products and reliable services. CEMEX has a rich history of improving the well-being of those it serves through innovative building solutions, efficiency advancements, and efforts to promote a sustainable future. CEMEX participation is key in the project as the CO2 used as feedstock will be captured.

Sasol ecoFT is part of the Sasol Group and world-leader in the development and application of the Fischer-Tropsch (FT) technology with more than 70 years’ experience. Sasol ecoFT leverages it proprietary technology, know-how and expertise to produce sustainable fuels and chemicals from green hydrogen and sustainable carbon sources, via the Power-to-Liquids (PtL) process. By deploying sustainable FT solutions globally, the company contributes to a thriving planet, society, enterprise and innovate for a better world. 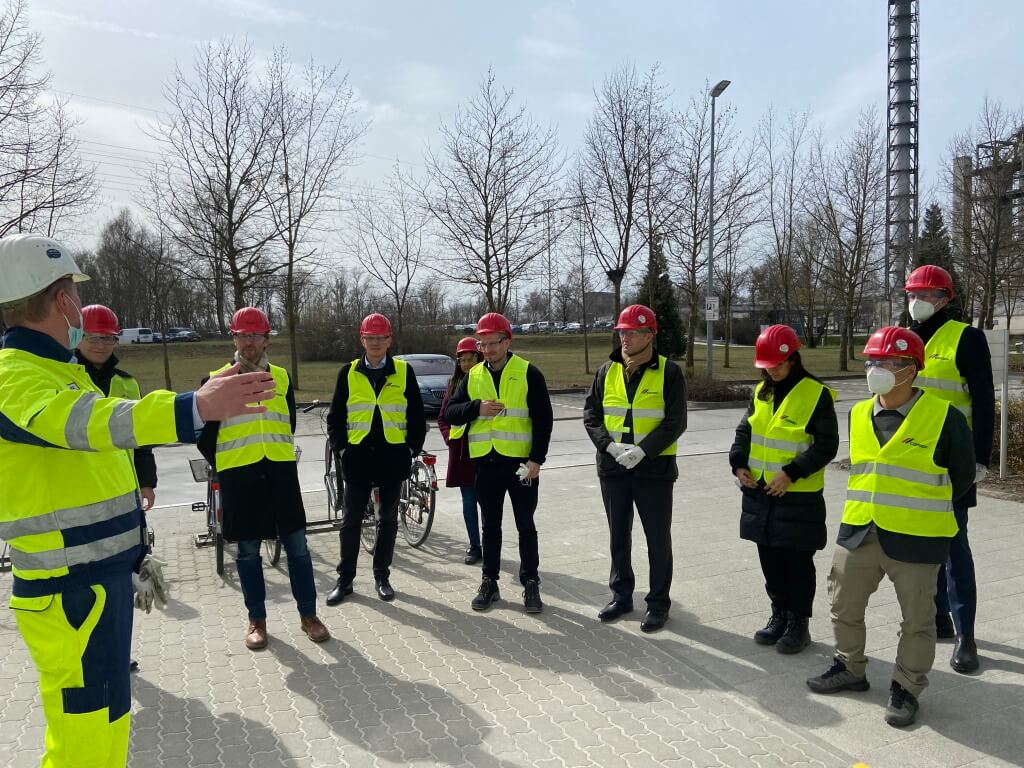 https://www.renewablepress.com/press-images/enertrag/0b395_PM-120422-ENERTRAG.JPG
Caption: Stefan Schmorleiz, Managing Director of CEMEX Zement GmbH and Plant Manager CEMEX Zementwerk Rüdersdorf (left), welcomes the partners of ENERTRAG and Sasol ecoFT during their visit to the cement plant, where the pioneering project of the newly founded Concrete Chemicals GmbH will be implemented.
© ENERTRAG SE

Press photos for editorial use only
Note: For the content of this press release the issuer / publisher of the release is »ENERTRAG SE« responsible.