- A spectacular action reflects the political will to promote wind energy

Bremen (renewablepress) - On 29 July, wpd Polska was able to welcome high-ranking visitors to the "Jarocin Koźmin" and "Koźmin Pilot" wind farms: Poland's Deputy Prime Minister and Development Minister Jadwiga Emilewicz had accepted the invitation of the Polish Wind Energy Association PSEW, which had organized an information event on the status of wind energy development in the country together with wpd Polska. A clear and important sign of the Polish government's commitment to wind energy.

The visit of a government representative to a foreign investor also underlines the importance of wpd as an important player in the Polish market for renewable energies. Jadwiga Emilewicz was impressed by the progress of the construction works in the "Jarocin Koźmin" project, which are now on the home stretch. During an inspection tour of the neighbouring wind farm "Koźmin Pilot", which has been in operation since 2014, those present experienced an unexpected highlight: The Deputy Prime Minister insisted on being rappelled from the nacelle of one of the turbines by the team of wpd windmanager Polska as part of the demonstration of an evacuation measure.

In a concluding press conference, Emilewicz reported on the initiated amendment of the so-called "Windpower Investment Act", which has almost brought the development of wind energy in the country to a standstill since its entry into force in July 2016 with the 10-H distance rule - which defines ten times the height of the turbine as the minimum distance to residential buildings. wpd Polska, as an active member of the PSEW, has campaigned here from the very beginning for a change in the law and the reduction of the minimum distances.

A commitment that shows success: The proposals have now been incorporated into an amendment to the law, which, if adopted, can allow for a reduction in distances if a development plan, an environmental impact assessment and local acceptance are in place. "If the liberalization of the legislation can be implemented as planned by the end of the year, the blockade of important wind energy projects in Poland could be largely resolved in 2021," Agnieszka Pląska, Managing Director at wpd Polska, underlines the importance of the commitment on the political side.

The wind energy sector is already registering that the event at the two wpd wind farms and the action of the Deputy Prime Minister have brought additional momentum to the exchange of information on the development of Polish wind energy. There is great hope that the way will now be cleared for new important projects.

wpd AG develops and operates onshore and offshore wind farms and solar parks, and is actively engaged in 25 countries around the world; the head office is in Bremen. The German company has already realized wind energy projects with around 2,270 wind turbines and an output of 4,720 MW, and is planning further projects with a total of 11,300 MW onshore, 7,400 MW offshore and 1,150 MWp solar energy.
www.wpd.de

The wind farm Koźmin Pilot was commissioned in 2014 and has a total capacity of 4.80 MW. The wind farm consists of 2 Enercon E-82 turbines and one Enercon E-53 turbine. The neighbouring Jarocin Koźmin wind farm is one of four wpd projects under construction in the Wielkopolska Voivodeship, which also include the Słupca Kołaczkowo, Krotoszyn and Jarocin Wschód projects. All 38 plants of the four wind farms with a total capacity of 102.5 MW are expected to be commissioned by the end of the year. 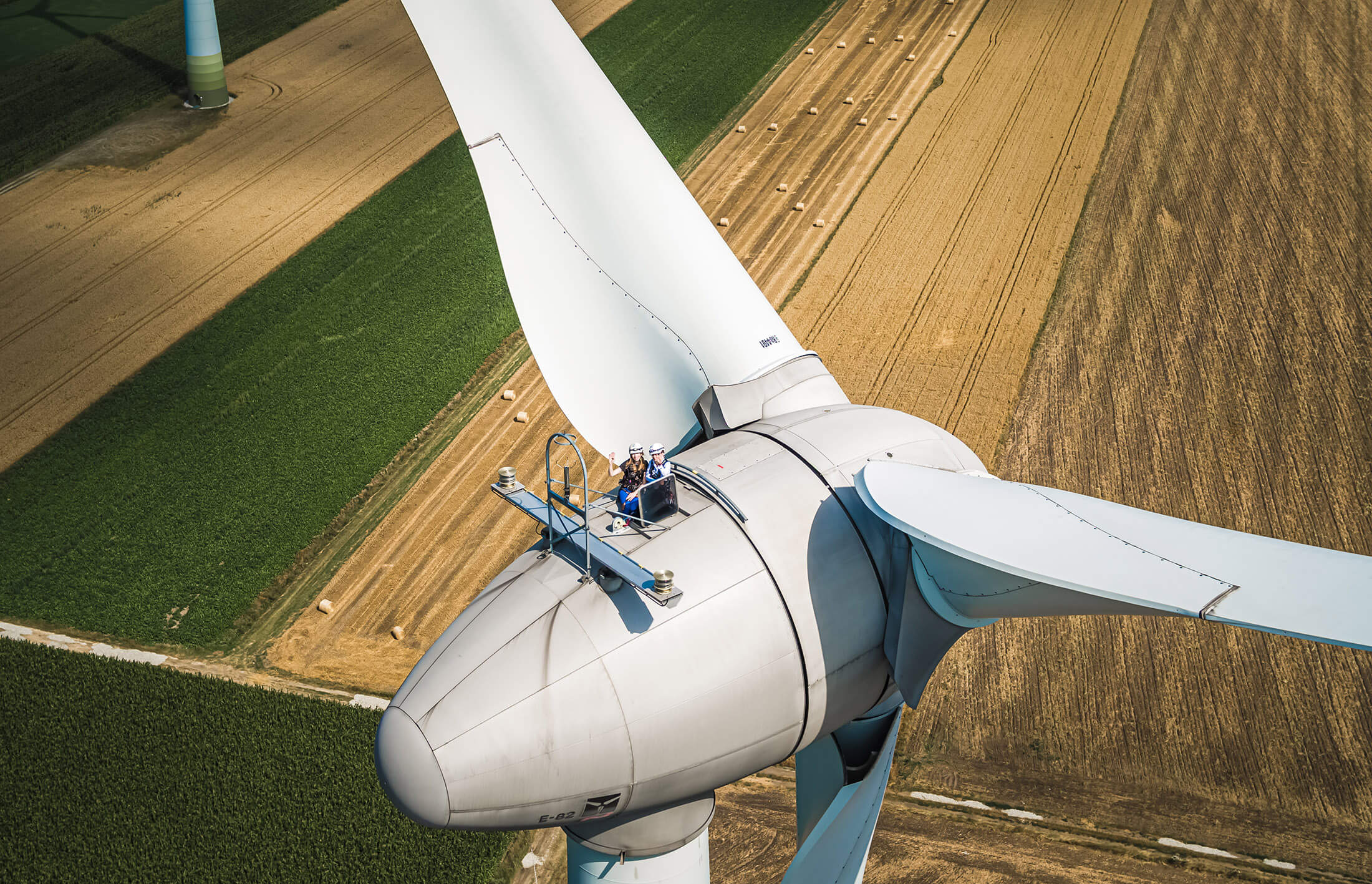 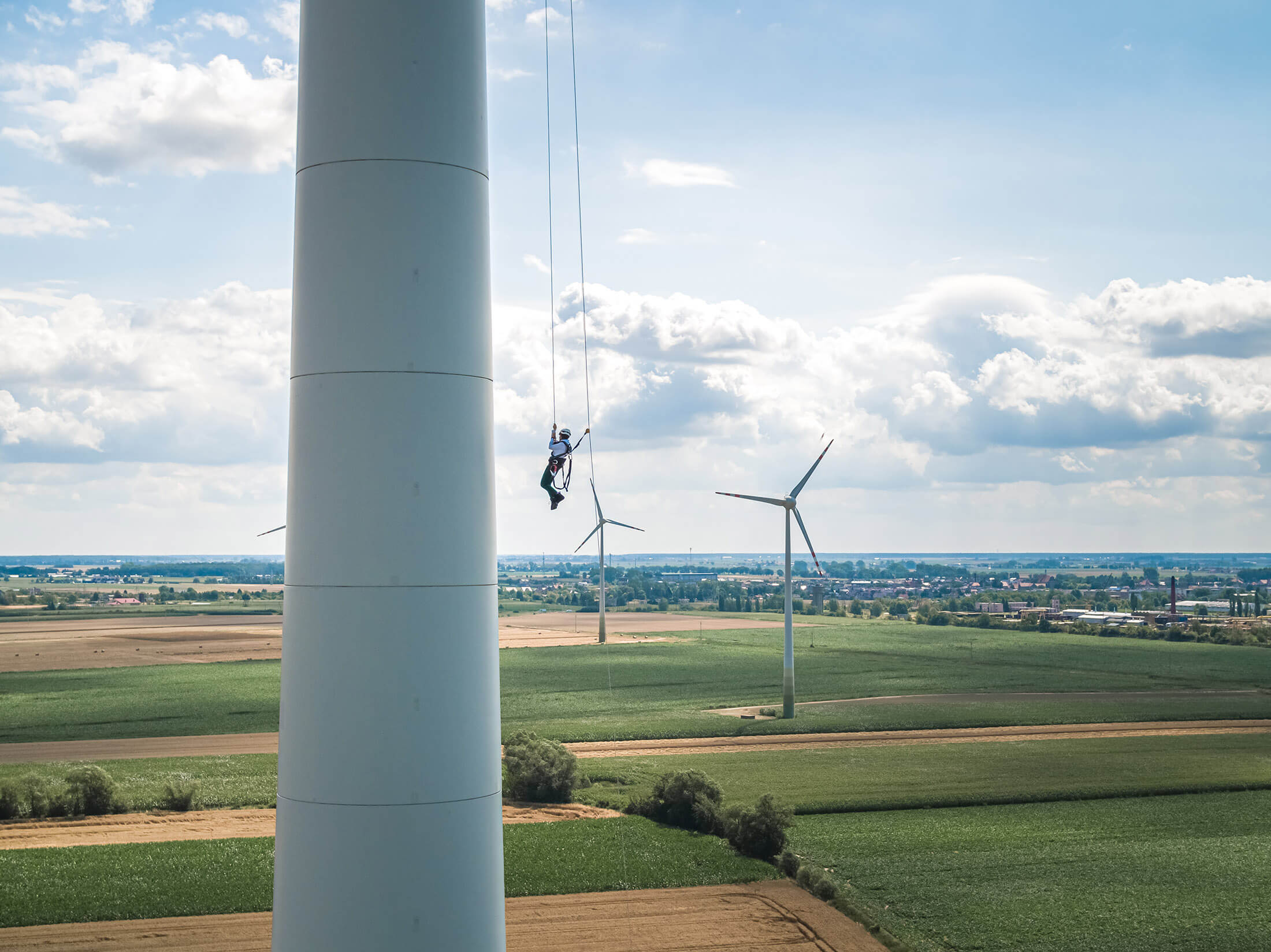 https://www.renewablepress.com/press-images/wpd/4541c_J_Emilewicz_being_rappelled_from_nacelle.jpg
Caption: Jadwiga Emilewicz while being rappelled from the nacelle
© wpd

wpd is a developer and operator of wind farms both onshore and offshore, acting worldwide. Since 1996, wpd has installed 2,200 wind turbines with a total of 4,450 MW. Currently more than 1,500 MW are held as assets. A group staff of 2,200 is committed to wind energy in 21 countries. Internationally, wpd is planning projects in the scope of 8,725 MW onshore and 7,250 MW offshore. For years, wpd has been awarded the first-class “A” rating by the Euler Hermes agency (Allianz Group). Besides the favourable status quo analysis, this external assessment of creditworthiness also illustrates the company’s excellent future prospects.

wpd has played a determining role in helping to shape the wind industry since its early beginnings. The foundation for wpd was laid over two decades ago in Bremen. To this day, the head office is in the Hanseatic city. The former two-man operation has developed into a solid, mid-sized company.